The Career Coaching with Kevin Carr was an experience unlike any other. The amount of knowledge that he passed along to us about Athlete Development will be great for anyone who enrolls in this course. Hearing about Mr. Carr’s path from the collegiate arena, to the NBA, and starting his own business is truly an inspiration. Mr. Carr also challenged us to think of innovative ways to create our own programs. For anyone who is looking to break into the field of athlete development this program is imperative.

Biography
Kevin Carr is a 20-year sports business and professional development executive, and internationally renowned speaker. As an acclaimed, award-winning transition expert, author and leadership coach, Kevin Carr is the Founder, CEO and Principal of PRO2CEO, LLC, which is a consulting firm for elite and former athletes, artists and organizations.

Most recently, Kevin served 13 seasons (2001-2014) as Vice President of Social Responsibility and Player Programs for the National Basketball Association and NBA Development League. In that role, Kevin was one of five people in the world to provide transition, career and life coaching to NBA and NBA D-League players. He was part of the player development staff that changed the NBA dress code, he led social responsibility efforts for NBA D-League Cares and assisted in the execution of premier NBA Player Development initiatives for 6 NBA and 18 NBA D-League teams.

… We discussed some really important issues in the field, and Mr. Foley offered a ton of influential perspective into his own experiences…I would absolutely recommend this to another student. I felt like the insight I gained into the life of an athletic director and how to make decisions with integrity was certainly worthwhile. I also enjoyed interacting with Mr. Foley and believe he genuinely wanted to help us in our careers.

Biography
Jeremy Foley was named University of Florida’s director of athletics in 1992 and handled virtually every aspect of UF’s $119.3M athletic program during his athletic administrative career, which began with an internship in the Gator Ticket Office in 1979. Foley’s 25-year run as Athletic Director, at the time the second longest tenured AD in Division I, ended October, 29 of 2017 when he retired. He now serves as Athletic Director Emeritus.

As CFO for the University Athletic Association, Foley spearheaded $307 million in capital improvement projects since 1999 and outlined a $100-million Master Facility plan before his retirement.

… Overall I thought the seminar was very informative and taught me a lot about leadership in sports, specifically as a female. I would definitely recommend this to other students …

Biography
Erin Braddock has worked for companies such as Walt Disney World, Tribune Media, Hilton, and recently completed a 7.5-year career with the Orlando Magic in Corporate Partnerships. In her most recent role as the Assistant Director of Corporate Partnership Activation, Erin was responsible for renewing and activating multimillion-dollar accounts and leading two Account Coordinators on her team. Erin’s capstone project with the Magic helped lead to signing the team’s first ever jersey sponsorship with Disney.

Erin’s strong desire to give back to future sports leaders and spend more time with her family has led her to adjunct teaching and career coaching at the University of Florida. Erin resides in the Orlando area with her husband and two boys, Noah and Carter.

Biography
Athletics Strategist, Creative Coaching Visionary, and Impassioned Leader
Pioneering, forward-thinking and solution-focused, Celia Slater is the owner and founder of True North Sports. She is a nationally recognized leader committed to providing professional development opportunities for coaches of all sports and who are interested in pursuing both excellence in their profession and bridging the gap toward gender equality for both coaches and players. Celia brings nearly 30 years of unmatched experience in college athletics as both an organizational head and a collegiate basketball coach, most recently serving as co-founder and executive director of both the NCAA Women Coaches Academy (WCA) and The Alliance of Women Coaches (The Alliance).

Celia’s core beliefs rest in the power of emotional investment in reaching one’s own “true north” to achieve the height of victory as a coach, not just in accolades, but by successfully understanding one’s self, being authentic, and communicating with one’s players to have a mutually beneficial relationship.

To learn more about the University of Florida’s online master’s in sport management and download a free brochure, fill out the fields below. You can also call (877) 665-3860 to speak to one of our Academic Coordinators about the program.

» Are you enrolling from outside the U.S.? Click Here.
Request Brochure Start Your Application 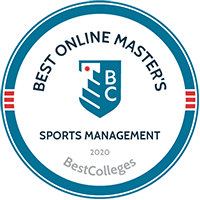 No. 1 Best Online Master’s in Sport Management by BestColleges.com.